“The five major sector of the economy were Wholesale/Retail trade representing 42.3 per cent,  Agriculture  20.9 per cent, other services 13.1 per cent, Manufacturing 9.0 per cent,  and Accommodation and  Food Services 5.7 per cent, together these account for about 91.0 per cent of all MSMEs.

“A total of 86.8 males were dominant in agriculture, while 86.8 female dominance was instead observed in accommodation and food services, 68.7 per cent recorded in manufacturing, 64.5 per cent on wholesale/retail trade.

“With regards to ownership status, sole partnership predominated at 97.1 per cent followed by partnerships of 2.2 per cent.” He explained that MSMEs played significant roles as engine of socio-economic transformation, including industrialization of many economies globally.

Kale said that MSMEs presented a vital platform for boosting technical, technological and entrepreneurial capacities among critical segments of the populace.

He further said that MSMEs also offered opportunities to drive jobs and wealth creation as well as income re-distribution within the society.

He said that in Nigeria, MSMEs had performed below expectations due to a combination of problems which includes off-mentioned infrastructure deficit and frequent public policy changes and somersaults.

Kale said that there had been serious efforts by both the Federal and State Governments to develop the MSMEs sub-sector.

He said that the efforts included the adoption of the erstwhile National Economic Empowerment and Development Strategy (NEEDS) of a private sector-led economic development approach with MSMEs development as a central strategy in 2003.

In his keynote address, the Permanent Secretary, Federal Ministry of Industry Trade and Investment, Mr. Edet  Akpan said “it became public knowledge that the total number of Micro, Small and Medium Enterprises in the country was about 18 million. These also employed a total of 32 million persons as at December 2010.”

“On the heels of the national economy re-basing, the number of enterprise surged at the next edition of the Survey in 2013, with more than 37 million, with complementary employment contribution of 59 million persons.

“Such indices as the contribution of Micro, Small and Medium Enterprises to GDP exports as well as their distribution across major economic sectors and sub-national units also emerged, not forgetting identification  of challenges faced by the sub-sector.

“The third edition of the Survey presented today, provides an update on important indices on the sub-sector. Two chapters have been devoted to data analyses to optimize the information available and to make it easier to the reading public to obtain copies.

“You may recall that this was part of the highlights of the National Survey of MSMEs report as presented by the Statistician-General, National Bureau of Statistics,”

In his welcome address, Director-General of the Small and Medium Enterprises Development  Agency of Nigeria (SMEDAN), Dr Dikko Umaru Radda,  said since 2010 when the National Survey of MSMEs was first published it had become  an invaluable compendium on the state of the MSMEs sub-sector in Nigeria

Dr.Radda said that the strategic partnership between SMEDAN and NBS was an example of the synergies that he had always advocated since he assumed office as Director-General of SMEDAN.

He said the setting up of SMEDAN in 2003, was Government’s major response to tackling the problem of MSMEs sub-sector of the Nigerian economy, adding, SMEDAN assumed the twin role of coordination and facilitation as the apex agency for MSMEs development among others 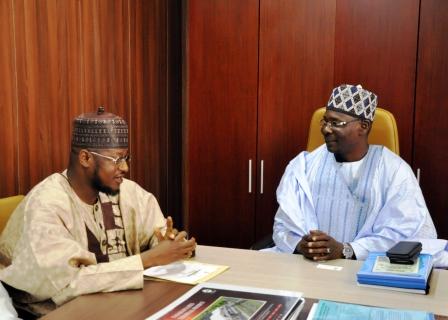 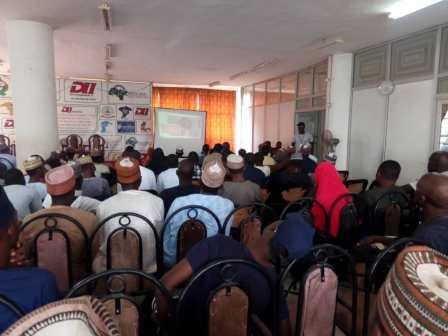